At the Bottom of a Heartbreak

I’ve mucked about for the last two weeks looking for the right words to describe the disappointment, the heartbreak, the pain and the loss I feel at not going to Africa….again.

I’ve finally concluded that there just might not be enough words to cover the spectrum of emotions. My brain has frenzied in trying to parse together the right syllables and phrases and strings of letters to explain the heartbreak I feel for my friends in Eswatini. There just aren’t enough words.

Many of you will know that much of my heart lies on African soil and has for some time; the passion and desire the Lord has given me to see the people of Eswatini know Him and make Him known among the nations is embedded deep. So when on June 29, the borders closed, the State Department issued a level 4 – DO NOT travel warning, and the videos and images of the rioting, protesting and looting happening all over Eswatini surfaced (protesting the right to a democratic government), to say I was heartbroken would be the understatement of the year.

Quite literally, ran. At 10:30 PM Tuesday night, I booked a ticket to Honolulu, Hawaii, and at 6:45 AM Wednesday morning I was at the airport checking in for my flight. Ironically, Honolulu is exactly 12 hours from Johannesburg, so I quite literally ran to the other side of the planet.
A visceral reaction you might say. Or the Lord knew exactly what I needed.

Even in one of the most beautiful places on the planet, grief is a very real thing. Walking through security, getting on the plane, hearing the safety briefing, and knowing the plane wasn’t going to land in southern Africa felt akin to putting a bandaid on a bullet hole. But over those few days the Lord started to use His beauty, His truth, and His goodness to reveal himself again.

As I blindly wandered around this tropical paradise with very little plans, Jesus seemed to almost be whispering in the beauty, saying, “in all this, you think I left you? In all this, I would abandon you? I see you in your heartbreak and pain and grief. I know your grief, I know it well. Sit with it. Rest in it.”

In Lamentations, after Jeremiah sees the destruction of Jerusalem from Babylon, he says, “Lord, see how I am in distress. I am churning within; my heart is broken, for I have been very rebellious. Outside, the sword takes the children; inside, there is death.” (1:20, CSB)

Jeremiah acknowledges that Israel deserves the punishment they’ve been handed, and that the Lord is still righteous in His punishment and His wrath. However, you can also hear Jeremiah’s heartbreak for his homeland, for his people, and for the desolation.

Jeremiah, I weep with you for Eswatini. I grieve with you in the destruction, for the people and the desolation.

A couple weeks later, and honestly? I’m still grieving. Still grieving for things that might’ve been, or things that I felt were owed to me (but certainly were not), for a country that deserves better and more than what it has, for my friends that are more like family.

However, in this season of grief, the Lord is teaching to see His beauty in the midst of the pain, and to sit with it. Sometimes sitting with the heartbreak is the only way to move forward. 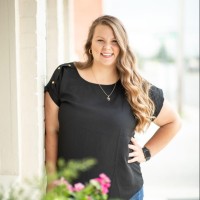 Author
Margaret Baker I'm a late 20-something doctoral student studying communication and digital media. I'm passionate about connecting individuals to the world around them.

This is beautiful ❤️ So thankful to have met you. You have an amazing heart and God is looking down smiling at you. I’m so sorry you couldn’t make your trip , prayers that you will be in Africa next year ❤️❤️🙏

At times by words of mouth something can not be said well, however, as I read this Letter to Eswatini one can say that indeed every word is from the deepest of her heart all because of the love of the beautiful country of Eswatini.
Thanks so much for such writing, all in all God is at work.
Love you.

I thank God for you, and the words you penned eqoulenty,as we watch helplisy as the civil unrest continues. God is in control,and has a plan.

Eswatini people miss you love you and are so happy for the time you come spend with then.
Even in this time we thank your prayers, God wana be with us all shall pass.
We hope so see you soon friend.

Such beautiful words from a beautiful soul. ❤️❤️❤️